Considering having an "Unplugged Wedding"? 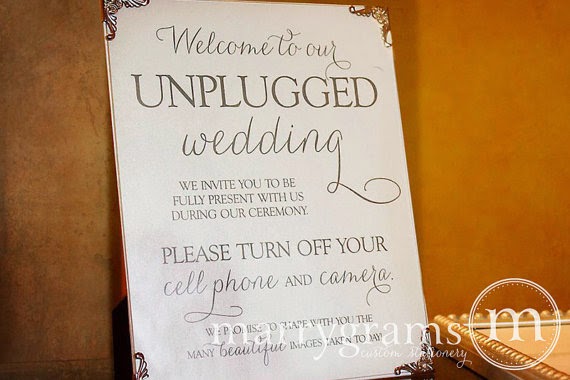 Photo from Marrygrams on Etsy
Although there are some couples that absolutely love having the guests at their Wedding taking pictures and sharing them on social media... there are others that would prefer the photos be taken by their hired professional.

I personally LOVE "Unplugged Weddings".  I love them so much that I had one myself!  There is not much worse for your photos then having "Uncle Bob" or "Aunt Mary" jumping into the middle of the aisle to take photos of you right in front of your photographer... and ending up right in the middle of your pictures!  What else looks awful... having photos of your wedding and most of the guests faces are unable to be seen because they are hiding behind their iPhone or camera or even their iPad!


"The topic of 'unplugged weddings' and the controversy that can accompany its discussion is something both new and old.  An 'unplugged wedding' is one where the wedding couple insists that no one in attendance ever takes photos at any time since it can affect (in some cases quite severely) the quality of the photos taken by the hired professional photographer.  It's been a potential problem for many decades, but it's taken a turn for the worse since the digital age arrived in full force just after the turn of the millennium."


"The arguments on either side can sometimes be passionate!  Proponents of the idea would show lots of photos taken by the professional that have been ruined (ie. Over-exposed) by a guest's flash firing at the exact moment the professional's flash fires and thus adding far too much light and ruining the photo.  Then of course there are the “shutterbug” guests who stand in the middle of the aisle right in front of the professional photographer and ruin the shot a second time.  The arguments in favour of an 'unplugged wedding' don't stop there.  One of the most irritating practices I've experienced is during almost every family photo session when I have very little time to shoot, but JUST at that time, I have 5 or 10 very determined guests that “need” to get a shot of the bride and groom in every pose I get because it's much cheaper for them to take their own photo rather than order from the photographer.  So, they stop the action after my shot and say “oh, just one second you two lovebirds – hold that pose.... and get grandma back in the shot please, just for this one last shot...”  Multiply that scenario times 3 or 4 for EVERY family combination (about 10 – 15) and you've added another 20 minutes on top of the 15 minutes that I would normally take for a family photo session!"

Why you may not have an "Unplugged Wedding"


"You'll get arguments on the other side as well.  Some couples will think it's rude to ask well meaning and even loving guests who have traveled half way around the world to 'STOP' taking photos during the wedding day.  Some will even argue (quite truthfully actually) that the professional photographer messed up on the wedding day, and it's only because of their guests' photos that they have any decent pictures at all.  That's a rare, but possible scenario and that is to the shame of all 'pro' photographers!"
Pete's opinion on "Unplugged Weddings"


"So, what is MY opinion on the topic?  As a pro of over 20 years of experience shooting weddings, here's my take;  I'd suggest either a compromise (ask guests to put their cameras away for the ceremony only) or let them shoot whenever they want, BUT... ask the officiant of the ceremony to make a quick announcement asking guests to be very aware of the professional, and to stay out of the way as much as possible, and NEVER stand between the pro, and the wedding couple during any type of obvious photo session or photo opportunity.  I've found that most guests respect such a request and there is rarely a problem.  In fact, I've had only about 5 photos completely ruined because of a guest's flash, and in no case was it a major issue since I was able to keep shooting for more good photos after the problem shot.  Common sense seems to be the rule in this case, and in the few cases where a guest seems to lack the basic trait of common sense, it might be good to have a photographer with both a backbone and a good sense of diplomacy to step in and politely 'put an end' to any scenario that jeopardizes the integrity of the photo session!"
Thanks Pete for your insights and opinion on "Unplugged Weddings"
Thinking about having and "Unplugged Wedding" yourself but not sure how to let your guests know that you would prefer they leave the photography to the professional?  Some suggestions on how to announce an "Unplugged Wedding" are... having your Officiant make an announcement, having a beautiful sign at the entrance of your ceremony or a simple phrase printed within your ceremony program.
So now what is your opinion???  Would you consider asking your guests to kindly put away their cameras and phones and simply enjoy being truly present and feel the emotion in the moment on your Big Day and not view your wedding through a tiny screen? 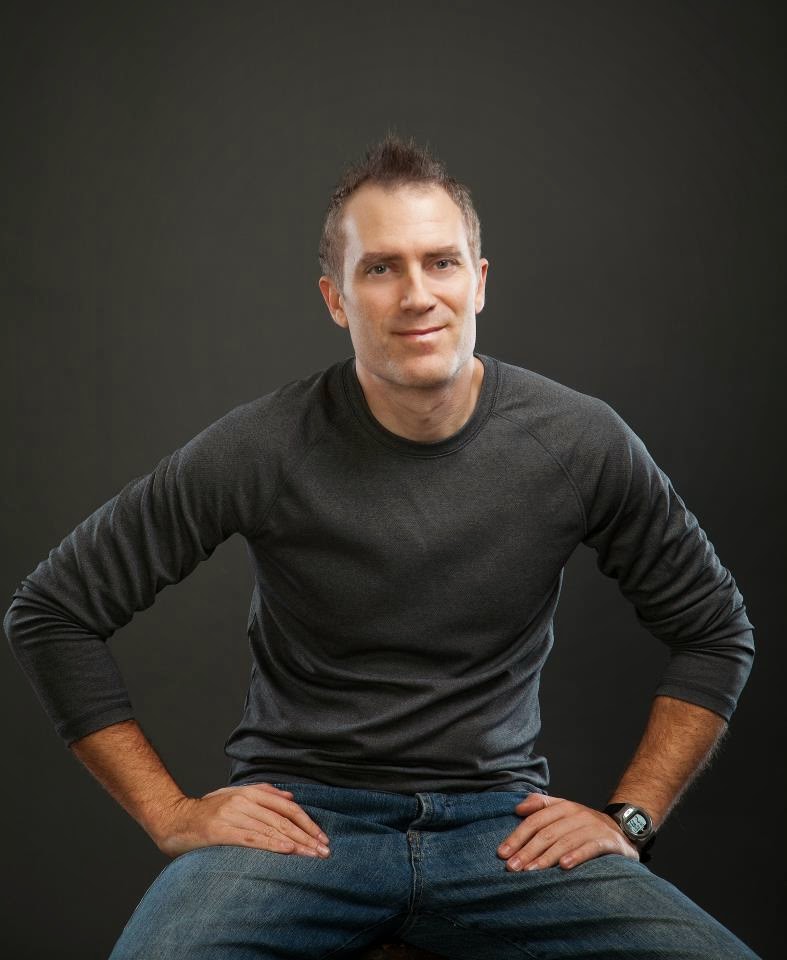 Peter Stec
www.stecphoto.com
Posted by A Divine Affair at 12:31