All About The Bridal Shower 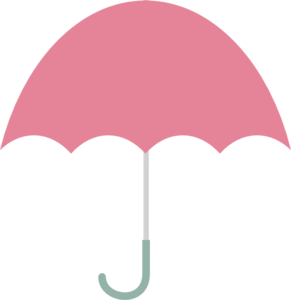 Where did the idea of having a Bridal Shower originate?  The first bridal shower took place centuries ago when a young and beautiful girl in Holland had been betrothed to a wealthy pig farmer.  The girl's father had refused to give her a dowry if she married the poor miller that she was in love with instead of the pig farmer.  The town they lived in was so touched by their love that they "showered" her with small gifts that ended up adding up to more than her dowry would have been.  The young girl was able to marry the man she loved.

Bridal Showers these days don't have the same warm fuzzy feeling as that one previously mentioned.  Unfortunately, more often than not, the invitee feels more obligated to attend than they actually want to.  Bridal showers have taken on this same old, same old kind of feel to them.  Guests arrive, they may have some snacks, some games are played(often dreaded) and then gifts are opened.

There are many ways to spruce up a Bridal Shower...
Traditionally the Maid of Honour plans the Bridal Shower with the help of the other bridesmaids.  Relatives of the Bride hosting this event is a definite etiquette no-no.  Therefore, if your sister is your Maid of Honour... someone else has to take the reins and plan one for you!

The bride should not assist with the planning of the shower.  The only thing she should get involved with is the guest list with addresses and phone numbers of all the invitees.

If you are going to be having 2 Bridal Showers for reasons such as, location of where you live or family dynamics... be sure not to invite any guests to both as you do not want them to feel obligated to purchase 2 gifts.

Make sure that you have created a Wedding Registry.  If you do not, you will end up with 3 toasters, 6 bed sheets, and a whole lots of other items you may not need or do not like.  You may also want to consider creating a 2nd registry specifically for the Bridal shower that includes more personal items such as lingerie... Although it is not proper etiquette to include registry information on a Wedding invitation, it is to be placed in the Shower invite.

Anyone that you invite to the Bridal Shower MUST also be invited to your Wedding.  The only exception to this is if your office/co-workers would like to throw you a shower knowing they are not all able to be invited to the Wedding due to guest count.   Invitations for Bridal Showers usually should be sent out 4-6 weeks prior.  I suggest still using the good old fashioned snail-mail method of delivering invites.  Who doesn't love receiving a pretty little invite in the mail!

Some traditions you may want to consider doing for your Bridal Shower...
What if the bride is from out of town and must take a plane back home after the shower?  Inform guests that each gift must fit in a shoebox.  If the gift they would like to purchase does not, most department stores give the option of having the bride be able to pick up the gift at the store nearest to where they live.

I hope this has given you a bit more insight on the Bridal Shower, where it originated and some proper etiquette.  If you would like assistance with planning one or have any further questions... I Love to plan them and would Love to hear from you!
Posted by A Divine Affair at 20:07 1 comment:

Martina: Welcome to A Divine Affair!

I would love to introduce you to the new member of the A Divine Affair team...

Martina is my incredibly lovely new assistant.  She is currently finishing up her Graduate Certificate at Niagara College in the Event Management Program.  She has previously graduated from the Honours Communication Studies and Multimedia program at McMaster University.

Martina is originally from Bulgaria and was living in Toronto before attending Niagara College.  Although she has only be living here in Niagara a short time, she absolutely loves the beautiful wineries and other wonderful venues so unique to our area.


A few fun facts...
Martina's favourite colour is purple (I personally think pink is a much lovelier colour but I won't hold it against her)
Martina LOVES sushi (dislike it myself... but once again, I won't hold it against her)
Martina loves Peonies, lilies and wild flowers... (Yay! I Love Peonies too!!)
She loves outdoor activities, especially hiking...  She loves nature and exploring new places
She loves animals, especially dogs and horses
She enjoys meditation and is an avid believer in peace and positivity